Troop 615 was founded in 1971.  The  most recent scoutmasters of Troop 615 going from most recent to least recent are Bruce Anderson, Steve Luther, Tommy DeWeese, Rabell Adams, and Hank Heine.  Before that, the history gets a bit muddled…there were either one or two previous scoutmasters.

The Church of the Resurrection is our Chartering Organization and Mr. Dan Duesterhaus is the current Troop 615 Chartered Organization Representative.

Dr. Bruce Anderson is the current scoutmaster and has held this position since Sep 2012.  Troop 615 is truly a boy led Troop: the boys decide what outings to attend and what activities are to be accomplished.

As you can see from the Summer Camp photos below, the troop has changed a great deal over the years.  In 2010, a group of 36 boys bridged to Troop 615 that pushed our total numbers of registered Scouts to ~ 100.  Since then, the numbers have re-adjusted to around 50 registered Scouts. 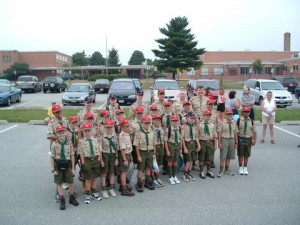 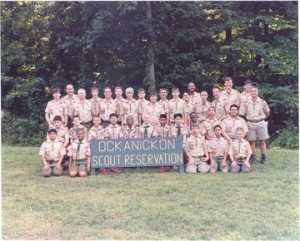 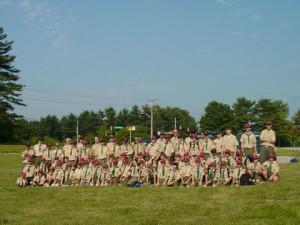 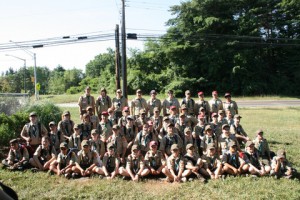 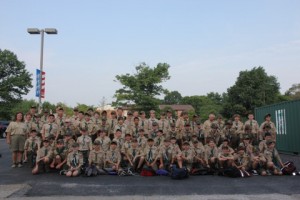 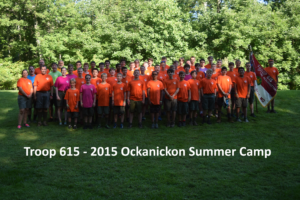 On March 21, 2012, Tommy DeWeese retired from his position as scoutmaster. Tommy was a wonderful scoutmaster. He had been the Scoutmaster for over 12 years.  He gave selflessly of his time and talents to teach boys to become good Scouts, good citizens and good men.  The following are just a few of the amazing achievements that Tommy has either performed or helped others to perform during his tenure as Scoutmaster:

Troop 615 is still going strong thanks to the foundation set by the previous Scouts, Scoutmasters, Assistant Scoutmasters and active parents!